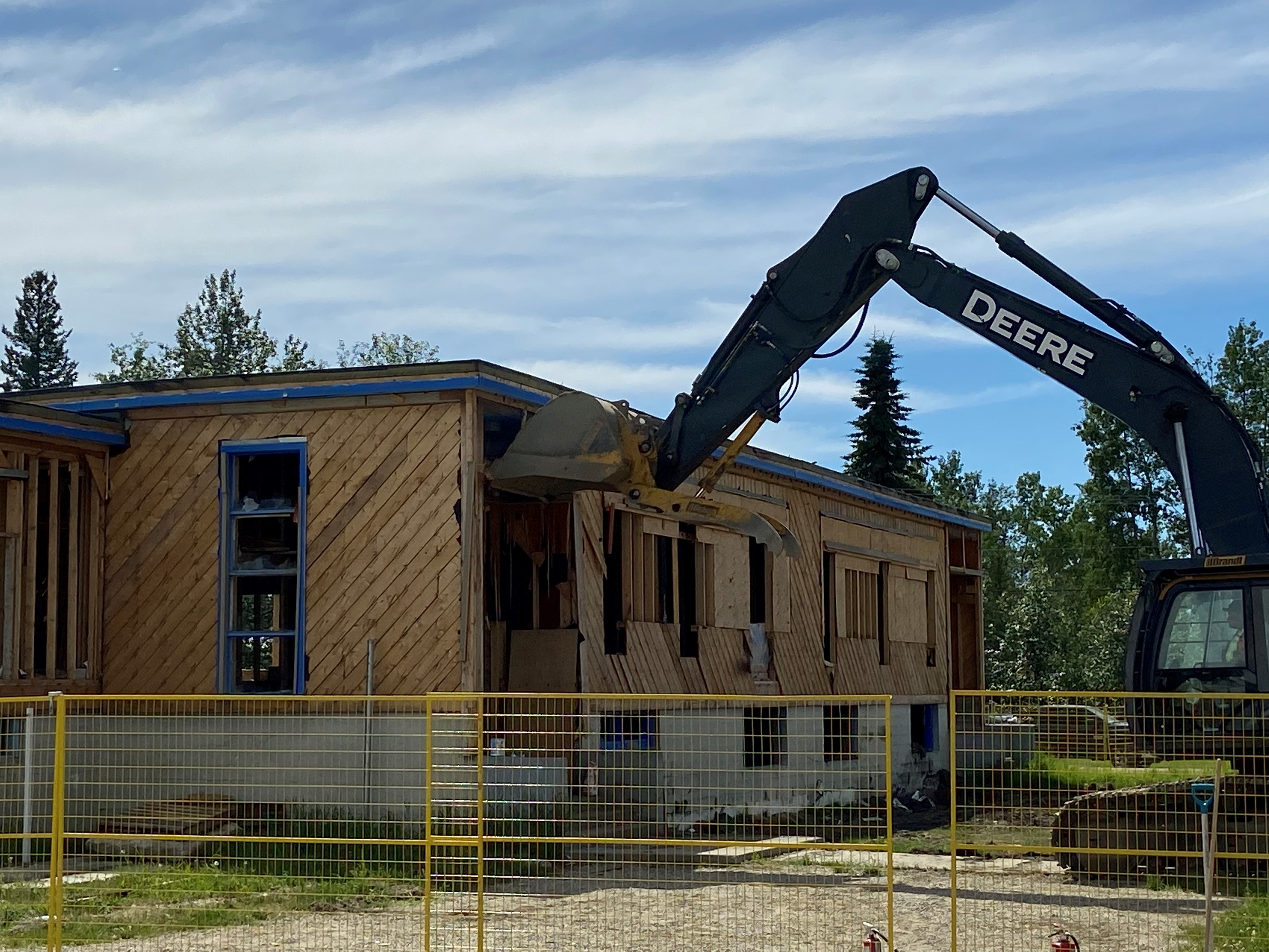 Members of SECURE’s Indigenous Affairs and Environmental Services teams joined hundreds of people who gathered in the remote community of Lower Post, B.C. to witness a ceremonial demolition of the Lower Post residential school

The Lower Post residential school was open from 1951 to 1975 and impacted thousands of Indigenous families in Yukon and British Columbia. After decades of activism from community members and survivors, the building is finally being taken down, and a new multipurpose centre will be built nearby.

Approximately 150 people reside in Lower Post today. Community Elders and First Nation Chiefs participated in an emotional ground blessing and ceremonial burning of parts of the building. Yukon Regional Chief Kluane Ademak Aage, Chief Stephen Charlie of Liard First Nation and Deputy Chief Harlan Schilling of Daylu Dena Council were present for the ceremony as well as the Premiers of B.C. and Yukon. The ceremony included drummers and dancers from the Kaska First Nation.

Plans for the future include the creation of a memorial on the site of the residential school and the building of a new community multipurpose centre that will include a gymnasium, cafeteria, post office and government services.

“My team and I were honoured to share this experience with the people of Lower Post” said Derek Loots, General Manager of Iyon Kechika Contracting. “It was an experience that will stay with us forever.”

SECURE stands in solidarity with our Indigenous friends and partners during the difficult discovery of unmarked graves at former Residential School sites.